On August 26 2021 Jumpstart: Historic Horizons came to MTG Arena, and with it came a little legendary creature that caught my eye immediately: Chatterfang, Squirrel General. My favorite color combination; my favorite archetypes; that much cuteness… I knew I had to build this deck, and ever since I did, I haven’t stopped playing it!

If you, too, like Golgari, the mix of the midrange and aristocrat (sacrifice) archetypes, and winning against terrifying creatures with cute squirrels, then stay awhile and read!

MTG Arena Zone is expanding deeper into Historic Brawl content, and we will be supporting the community! We will be working with the Brawl Hub community and sponsoring their weekly leagues and tournaments for competitive Historic Brawl.

Each week, we will invite the player who went 3-0 in the league to guest and showcase the Historic Brawl deck that they used here. Enjoy the first edition, featuring Adeline, Resplendent Cathar!

For more information, join the community and secure your spot in the league and tournament. We’ll post the relevant links below:

What a Squirrel General Wants

Chattering needs token producers, and a lot of them! Luckily for this squirrel, there are many powerful token makers in Golgari colors. Beyond tokens, Chattering doesn’t need much: The commander will feel at home in any solid midrange list as long as there are some incidental token makers.

This midrange with incidental token plan is, where I started with this build: 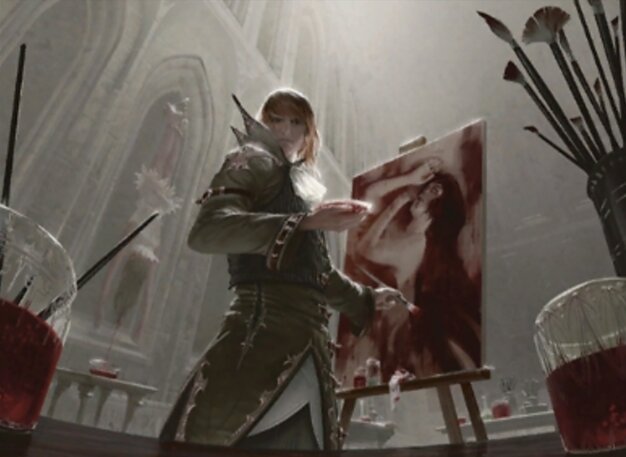 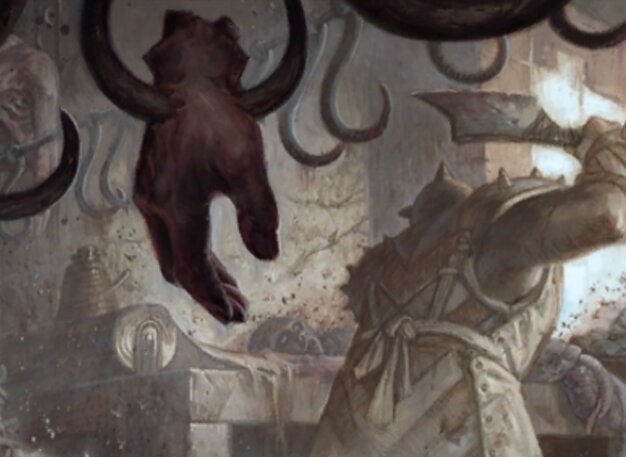 The variety of win-cons in a Chatterfang provide strength, resilience, and enjoyment through diversity. Here are a few of them: This deck can make many creatures, and plays some large beasts well. More often than not we can just overrun our opponents. As long as our opponent has a forest in play, Chatterfang can win on his own. Cards like Ranger Class and Chitterspitter can help increase his power and lower the opponent’s time to react.

Death by a Thousand Cuts This is the classic wincon for the Aristocrat archetype. Cards like Blood Artist Bastion of Remembrance and The Meathook Massacre will make sure that our cuties don’t die in vain! But by far the best one to do it is Chatterfang’s best friend himself… With Pitiless Plunderer, Chatterfang, at least one other squirrel on the battlefield, and 1 black mana open, you can make sure your opponent never keeps a creature alive!

Spend the black mana to activate Chatterfang’s ability, giving another creature +1/-1. As you sacrifice a squirrel to do so, Pitiless Plunderer will trigger, creating a treasure token and — thanks to Chatterfang’s passive — another squirrel. This is the simple combo.

Add a second squirrel token and you have infinite treasure tokens.

Add a Blood Artisteffect and you win on the spot.

Add Weatherlight Compleated or Liliana, Dreadhorde General and you will draw your all deck.

Add Woe Strider and you will at least always have the best topdeck.

Pitiless Plunderer is not the only pirate Chatterfang loves: Ruthless Knave is one of his best friends as well!

With Chatterfang, Ruthless Knave, Ashnod's Altar, one additional creature on the battlefield, and with +3 mana open (including 1 black mana):

The lack of tutors for Ashnod's Altar makes this combo more difficult than the straight Pitiless Plunderer combo, however this combo almost always results in straight up winning the game. The Golgari colours and mid-range strategy let us lean hard into grindy games, controlling our opponent’s threats — no matter the kind — while drawing and playing our own threats.

Now that we’ve seen how the deck wins, let’s take a look at weaknesses and how to play around them.

Chatterfang needs time to set up, needs a lot of mana, and with the card pool in the MTGA, we often don’t curve out very well. Very aggressive decks and very controlling decks deny us the time or resources necessary for set up.

Adopt the classic midrange strategy: Stall as much as possible, then slowly out value them. Removal like Go for the Throat, lifegain like Gala Greeters and high-toughness blockers like Elder Gargaroth are your best options for this.

Depending on how controlling the opponent’s deck is, this can be an absolute nightmare of a match up. Even with your fastest starts, it often isn’t enough: You’ll have to out value control in the mid game.

How do you do this? By having many and diversified threats!

Planeswalkers like Liliana, Dreadhorde General, artifacts like Chitterspitter, and enchantments like Shapers' Sanctuary and Black Market Connections all dodge creature-based removal, while providing resilient board presence and/or card advantage.

Our creatures also have their place in this matchup: Cards like Scute Swarm can punish the opponent for not having an early answer, and Toski, Bearer of Secrets can be difficult for wrath-based decks to deal with.

The common theme among these cards is that they are resilient and polyvalent : they can generate a winning board state on their own and they provide card advantage. Hopefully you will 2-for-1 all of your opponents removal and slowly out value them…

There are two situations here. The first case is that you are playing against a creature/permanent based combo deck, in which case do your best to slow them down and deal with the important combo pieces in a timely fashion. If it’ the second case, you are in deep trouble my friend. Mulligan for a Thoughtseize or Inquisition of Kozilek and a quick hand that will let you win faster than the opponent can set up their combo. The rest of the deck is made up of classic Golgari midrange cards, tutors to find Pitiless Plunderer, and silver bullet cards such as Yawgmoth, Thran Physician or Scavenging Ooze… And, of course, more token generators.

I already mentioned some tips when it comes to the combo but there are a few more, non-combo related: And there you have it! A guide of my favorite deck in MTG Arena. Chatterfang can beat just about anything, and the variety of play choices have kept it fresh for me more than a year later. I hope you will, too!