Hello everyone! Right as the Historic meta seemed to be stabilizing, Thassa’s Oracle got the axe as the Tainted Pact combo deck was kind of tearing the format in two. Well with Oracle gone I guess we won’t have to deal with Combo anymore, right? Wrong! Without missing a beat, fans of combo immediately moved over to this very powerful deck to fulfill their need to win out of nowhere: Jeskai Turns.

How did this deck catch on so fast? Well, it wasn’t a completely new idea. The Izzet “Splinter Twin” deck was using Indomitable Creativity already as a combo piece since it’s release. Sacrificing a few tokens to win the game was a pretty sweet deal! However, the deck never really caught on as setting up the combo was a bit too difficult to manage. The payoff was literally game winning, but getting to 5 mana, an Indomitable Creativity in hand, two tokens, and the opponent being unable to stop it was an extremely big ask. Furthermore, there was no real way to improve upon these issues either as the deck is constrained by the need to have two tokens to sacrifice. It seemed that this archetype was going to die, until Zachary Kiihne revitalized it with his take on Creativity Combo. Let’s take a look at what he started with. This was an extremely interesting take on the archetype as the major downside compared to the old version to it is that even if you get a Velomachus Lorehold onto the battlefield and attack, you weren’t guaranteed to win. However, the set up to get a Velomachus on the board was so much easier as only needing one token and having 8 enablers was a huge upgrade compared to the original version. Although I liked this idea more, it still felt like there was a piece missing. Sure, getting a turn 4 Velomachus was great, but there were still a few big issues I had with this archetype: missing Time Warp off of the Velomachus trigger was very bad, and the deck lacked a good backup plan. I tried the deck myself for a bit, and quickly came to the conclusion that although it was cool, it still wasn’t quite good enough. I thought I saw the last of Velomachus, but Mystmin had other ideas. They fixed the issues that were plaguing the archetype and rode it to an impressive 82% win rate over 100 matches. Let’s take a look at where they landed. 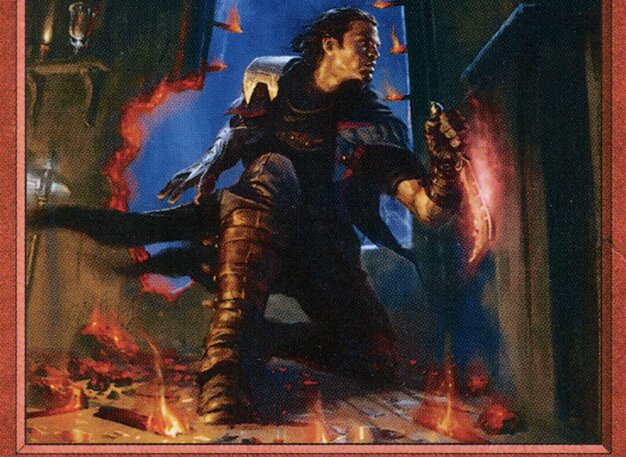 Now we’re talking! I love the direction they took with the deck because the inclusion of and Magma Opus fixed the two fundamental issues I had with the deck. Now Velomachus has way more good targets on the attack trigger, and just going turn 3 Mizzix’s Mastery on a Magma Opus is a great game plan too! The deck can feel less consistent than the original since there’s only the 4 Indomitable Creativity to combo, but with an actual backup plan and a lot of card filtering, getting a Velomachus online shouldn’t be too unreasonable.

Jeskai can definitely be challenging as you’re trying to combo them out and all they have to do is sit back on their counterspells. The post board game gets a lot easier as we have access to more interaction with Dispute and more reliable threats with Chandra and Shark Typhoon. We still keep in the combo elements as we want to punish them if they ever tap out, but it’s not as much of a priority as it is in game one.

GW should generally be decent for you as they don’t interact with Velomachus well (if at all), and can’t really disrupt your combo easily either. Archon of Emeria can mess with your Mizzix’s Mastery and Thalia, Guardian of Thraben is definitely a nuisance, but that’s the extent of it. That being said, you can still definitely lose if they have a fast start, but your average hand is likely trumping their average hand.

Gruul is similar to GW, but gives up interactive elements for more speed. That being said, Gruul has a hard time racing a clock this fast so this is generally a good matchup. Try not to keep hands that durdle too much as you want to have something strong to do generally by turn 4 and some interaction beforehand to help you survive.

Like any other clunky deck, Rogues can be very rough. We do have a decent amount of interaction and alternate win cons, but their really good hands are near impossible to beat. Do your best to interact with their creatures early and put yourself in a position that you can keep slamming threat after threat. Letting them counter your one threat then taking a bunch of turns to do something again is a really easy way to lose the match.

This matchup is unsurprisingly going to mostly be you and the opponent trying to goldfish each other. Both sides do have interaction to somewhat help abet the others game plan, but the main test is if you can get a Velomachus out before they slap you with a Kor Spiritdancer. Keep faster hands as Spiritdancer can kill you extremely quickly if left unchecked.

Mirror matches are always awkward, doubly so in combo mirrors. Neither side has too many tools to interrupt the other, but the main game plan is to either get out Velomachus faster or to have enough pieces to stop them from doing it to you, then comboing them off. Aether Gust is great here as it hits most of the deck, and most importantly, can hit Velomachus after letting a Creativity resolve (and obviously before it attacks). Perilous Voyage is a worse Aether Gust here, but the ability to bounce Velomachus or to potentially counter a Creativity by bouncing a Treasure token is still valuable. It may be tempting to board in Mystical Dispute as a means to interact, but considering the deck is predominantly Monored and you’d have to start cutting into your game plan to fit it, I don’t think it’s worth it. You could consider it over Perilous Voyage if you want, but I believe the mirror is all about the combo.

Phoenix does a lot of game actions, but none of them are as good as getting a Velomachus on the board. Their scariest starts are Sprite Dragon, a bunch of spells, and a counterspell, but we have tools to help disrupt that plan as well. They generally can’t kill you that quickly so take the time you need to set up the combo and go for it when it’s as safe as possible.

Jund is a strong midrange deck, but combo decks traditionally stomp on midrange. They have some means of interaction like Thoughtseize and to a lesser extent Binding the Old Gods, but they’re mostly going to enact their game plan which is not as good as Velomachus and Magma Opus. The only real concern here is that some lists play a lot of Fry to kill Velomachus, but that’s not terrible to play around.