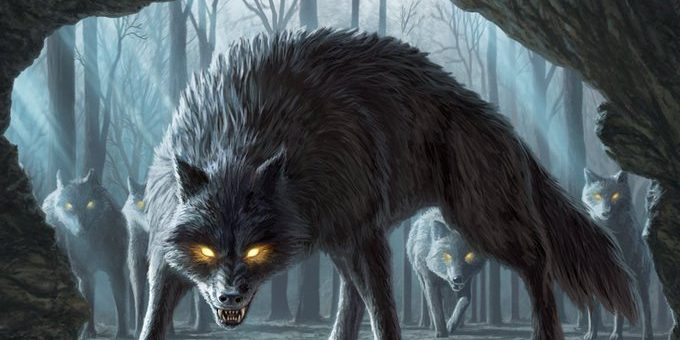 Hello Everyone! As this is my first article here at MTG Arena Zone or anywhere for that matter, it seemed like a little introduction was in order. My name is Jason Fleurant and I live in the beautiful city of Vancouver, Canada. I have been playing Magic: the Gathering on and off for the better part of the last twenty years (no one ever truly leaves). I have been fortunate enough to travel the world playing in Pro Tours in Osaka, Prague, London and a couple in North America. Most recently I won Grand Prix Vancouver 2018, I also Top 8’ed the same tournament some ten years earlier.
You can follow me on Twitter at @JasonFleurant. With all that said I hope you enjoy this article!

What is Simic Flash and Why does it need to evolve?

Simic Flash in its current state was released upon the unsuspecting players of Mythic Championship VII and on the world by Seth Manfield, Javier Dominguez, and Brad Nelson. The trio ripped through the field with each of them making the top 8, and Brad making it all the way to the finals. The deck had a great matchup against Jeskai Fires, the most popular deck of the tournament, and was generally well positioned against the rest of the field.

But that was last month. In the world of MTG Arena the metagame moves as fast as the flow of information on the internet. Since then we’ve seen not only the rise of Rakdos Knights which is an almost unwinnable match up vs our beloved Flash deck, but also the latest version of Jeskai Fires has become problematic with their inclusion of Tithe Taker and Mystical Dispute.

The ability to deal permanently with creatures like Tithe Taker, Rotting Regisaur, or even simply a mass of small creatures without tapping out on our own turn doesn’t really exist in the colors of Blue or Green in current Standard. Luckily with dual lands, Gilded Goose, and Paradise Druid splashing a third color is relatively painless.

The first color I tried to splash was White. I originally added White in an attempt to improve the Rakdos Knights matchup, as the deck has become quite popular on the Arena Ladder after GP Portland. I thought with access to cards like Devout Decree and Glass Casket out of the Sideboard, while at the same time removing our slow counterspells that we might make the matchup slightly better.

How do you pilot this beast of a deck?

The deck may feel intricate while playing, but the roads to victory are usually quite simple. Many games will end up with you winning in a similar fashion. You’ll start by playing a Golden Goose or Paradise Druid on one of your first couple of turns. This’ll enable you to play Nightpack Ambusher or Nissa, Who Shakes the World on turns three or four. Both of these powerful cards will end the game quickly by producing a 3/3 each turn. Once you’ve resolved one of these key spells, you’ll look to disrupt your opponent with your extensive suite of counterspells and bounce effects. If your opponent leaves mana up signaling they have a counterspell or some sort of removal it is often correct to not play your ambusher until you are able to untap and follow it up with a Nissa. Likewise you don’t want to tap out on your own turn for a Nissa if your opponent is likely holding removal and you won’t be able to protect her or if your opponent can resolve a key spell while your shields are down.

The main difference between our list and stock Simic Flash decks is Teferi and Gilded Goose. I have been a huge fan of Gilded Goose in all of my green decks and this one is no exception. The Goose does so many things for us that I’m quite surprised to not see other Flash players playing them; it comes down on turn 1 and allows us to keep up counter mana on critical turns, while still allowing us to cast our game breaking spells a turn early. The goose also allows us to ramp into a turn three Nissa, which stock Simic lists are unable to do, and is functionally game ending against most decks. The Goose fixes our mana, gains incremental life and even blocks fliers in a pinch (Watch out for rankle). As stated before the other major difference is Teferi, and what a difference he makes. The amount of work Teferi does can not be understated. He allows us to win every counterspell battle, shuts off mid combat tricks like Embercleave, Bounces problematic permanents and often pads our life total as our opponents are forced to attack him. In many matchups it is correct to simply keep ticking him up and locking our opponent out of any plays at Instant speed.

Does White provide the solutions we need?

Alas, even these measures have not been enough to combat the Rakdos scourge; with a large number of one mana creatures, the Rakdos deck is simply too fast for two mana removal spells alone. I did, however, find that the addition of Teferi and Tithe Taker made the Jeskai Fires and Simic Flash matchups extremely favorable for Bant Flash. This is important because Jeskai Fires has started to sideboard Tithe Takers and Counterspells of their own. Coupled with main deck Teferi, the once very favorable matchup became much more even.

This still leaves us with the question of what is to be done about those darn Rakdos Knights? Well, luckily we still have two more promising colors to explore that might just be up to the task.

4
Nissa, Who Shakes the World

We can start with Red, which has many cheap and powerful removal spells such as Bonecrusher Giant and the catch all Flame Sweep. The giant can take out a creature and then offers a formidable blocker the next turn. Though I will say blocking against the Knights deck is miserable at best. Between their creatures having Menace, Deathtouch, First Strike, and Embercleave, blocking against the Rakdos Knights deck is usually a losing proposition.

Flame Sweep is a very interesting option that I have yet to explore. Killing all of Rakdos’s creatures minus Rotting Regasaur at instant speed is exactly the kind of effect that a deck wanting to keep mana open on opposing turns is looking for. We also have the option of replacing Paradise Druid with Growth Spiral as our two drop ramp option of choice. Note that an often forgotten part of Flame Sweep is that it doesn’t affect our own flying creatures. This allows our Gilded Geese to continue its flight unharmed, while still roasting any enemy gander.

This does, however, leave us vulnerable to the king himself Reggy McResaur (and also any Knights of the Ebon Legion that survived). This is a very real concern as these two creatures can close out the game very quickly, not to mention any 2 toughness knights carrying an Embercleave. Not all is lost, there are some options like Turn to Frog and Return to Nature, but now we’re taking up a lot of our sideboard slots AND we still have to have the right answer at the right time. These issues combined have left me dissatisfied with red and so I move on to our final possible third colour.

Black has seemingly never-ending answers for the Rakdos Matchup. We’ve also seen Sultai decks be the key to Standard late in the season when the format had become saturated, just as we did right before Field of the Dead was banned. A Black splash gives us access to Disfigure, Legions End, Epic Downfall, Noxious Grasp, Tyrant’s Scorn, Vraska, Ritual of Soot, Massacre Girl, and Assassin’s Trophy just to name a few. We can also play Duress or Thought Erasure to combat slower controlling decks. With a small splash, as with white or red, we have enough sources of mana with our dual lands and mana dorks. However, if we’re going to push deep into black for cards like Ritual of Soot or Massacre Girl, we’ll most likely want to add some number of Swamps and Fabled Passages, which I think would require us to cut Frilled Mystic due to its difficult casting cost.

4
Nissa, Who Shakes the World

Black has proven to be extremely helpful in the Rakdos Knights matchup. After writing this article, I rattled off a quick 13-1 record with this deck beating two Rakdos Knights decks in the process. I doubt the matchup is favorable but it’s gone from almost unwinnable to very competitive. I could only imagine the look on my opponent’s face when I blocked his Knight of the Ebon Legion with my Paradise Druid and then cast Tyrant’s Scorn on it, after he tapped out to pump it while I only had two Forests and an Island in play. Tyrant’s Scorn has been phenomenal; all of a sudden the deck has a cheap way to interact with our opponents creatures. It kills all the creatures in the Rakdos Knights deck, including Regasaur, it deals with Innkeeper and Tithe Taker, and bounces anything that costs more. I also ended up using it to save my own Nightpack Ambusher on a number of occasions and even once used it to bounce my Hydroid Krasis.

I tried out a number of sideboard options mainly to see what would work and was quite happy with all the choices. The best card by far was Noxious Grasp; it gives us a great answer to Shifting Ceratops, Nissa, Nightpack Ambusher, Teferi, Tithe Taker, Questing Beast, Love Struck Beast, and Innkeeper. Legion’s End was solid against Rakdos Knights, White Weenie, and Selesnya Adventures. I only drew the Ritual of Soot once but it allowed me to win a game where I was getting completely run over and nothing else would have saved me. Epic Downfall is great against Jund Sacrifice, hitting all of their important creatures. Vraska was solid in a lot of matchups and is mostly there when you want a variety of removal, but don’t want to be removal-flooded. I’m not sold on Return to Nature. The main way you lose to Jeskai is if they stick Fires of Invention and the same goes for Jund Sacrifice if they get Trail of Crumbs going. That being said, the card still seems a little too narrow to me.

In conclusion, this deck is very strong and if you are looking to take the Mythic Invitational Qualifier by storm, this is a great option. I will be working on the deck for the rest of the week, so if you want my latest list or help playing the deck be sure to contact me through the MTG Arena Zone Discord!

Jason has two Grand Prix top 8's to his name, with a win at Grand Prix Vancouver in 2018.