Standard Metagame Challenge is a limited-time competitive event held over this weekend, where players test their mettle for one of the biggest (and riskiest) reward payouts on MTG Arena. It has now been just over a week since the release of Core Set 2021, which is the eighth set to be added to the Standard format before rotation happens in the next set, Zendikar Rising! In this guide, we’ll give you a overview of the current metagame, sample decklists before the event starts and proven ones with 7 wins as soon as they are shared. We also have the details and expected value (EV) of this event, all updated for Core Set 2021 Standard. Also remember, you can go straight to our entire Standard deck collection here and have your pick.

What is Standard Metagame Challenge?

Bring your Standard deck and play best-of-three matches! You’ll receive rewards based on how many matches you win.

Standard Metagame Challenge is a special event that gives players the opportunity to win huge rewards in a relatively new metagame where the new cards from the latest set are being tested, and decklists are being refined. Key things to note for this event are:

Of course, the best way to reap the rewards is to play one of the the best possible decks! Read on as we will help you choose what deck to play this weekend, how the Standard metagame is developing, and what to expect from your opponents. Do keep in mind, players should generally play the decks they know best – whatever you have the most experience with, and is closest to one of the best decks is probably what you should be playing.

As you can see from the reward structure above, the event is high variance because it ends as soon as you get your first loss. Most of the value of the event comes after your fifth win, though getting to three wins will at least guarantee your entry fee returned.

Your overall winrate is clearly a big factor in succeeding this event, and it gets more difficult as you progress because you are usually matched against better quality players of the same (or similar) record. Refer to the chart above by Frank Karsten, which shows this in greater detail. That all being said, this event is a great opportunity for players to boost their collection significantly early on in the expansion, which rewards not only your luck but also your skill and knowledge of the chosen deck.

How is the Standard metagame shaping up so far? It looks like Core Set 2021 has had a small effect on Standard, which is expected as it is only one set out of the eight in the card pool. The issue lies in the fact that the new cards only served to make the already powerful archetypes even more oppressive! Of note, Core Set 2021 has introduced Ugin, the Spirit Dragon, one of the best payoff cards for the already powerful blue-green ramping strategies involving Growth Spiral and Uro, Titan of Nature’s Wrath. Rakdos Sacrifice continues to shutdown opposing creature-based aggro decks and has been strengthened with Village Rites, a great card draw and an additional sacrifice engine.

Read the full article by Oliver Tiu, where he shares his thoughts on the early Standard metagame. He believes the below three deck archetypes are the top Standard decks at this moment in time and will be your best choice for this event if you want to maximize your chances. Of course, there are numerous cards that are yet to be explored and have shown their potential (such as Demonic Embrace in Mono Black Aggro, Terror of the Peaks with Genesis Ultimatum, Sublime Epiphany in Flash decks), which we will find out as more tournaments and decks are shared.

The new July 2020 ranked season has started on MTG Arena, and these are the early decklists players have used to reach the heights of the Mythic rank. These will serve as great starting points if you are diving straight into this event.

The below decks have already proven their success with their 7 win run. If you would like to submit your decklist here, please send it to us via Twitter.

If you want to dive into this event a bit later, we will be keeping an eye on what decks people are using to reach their 7 win run in this event. We also have two large Standard tournaments happening today, that may have a role in shaping the metagame – Red Bull Untapped Online Qualifier Russia (a free-to-enter open event) and SCG Tour Online Championship Qualifier #2 (invite only). As always, we will be providing coverage for both of these weekends if you want to keep up with the latest decks from the best players.

Remember, you can always engage in our growing MTG Arena Zone community: 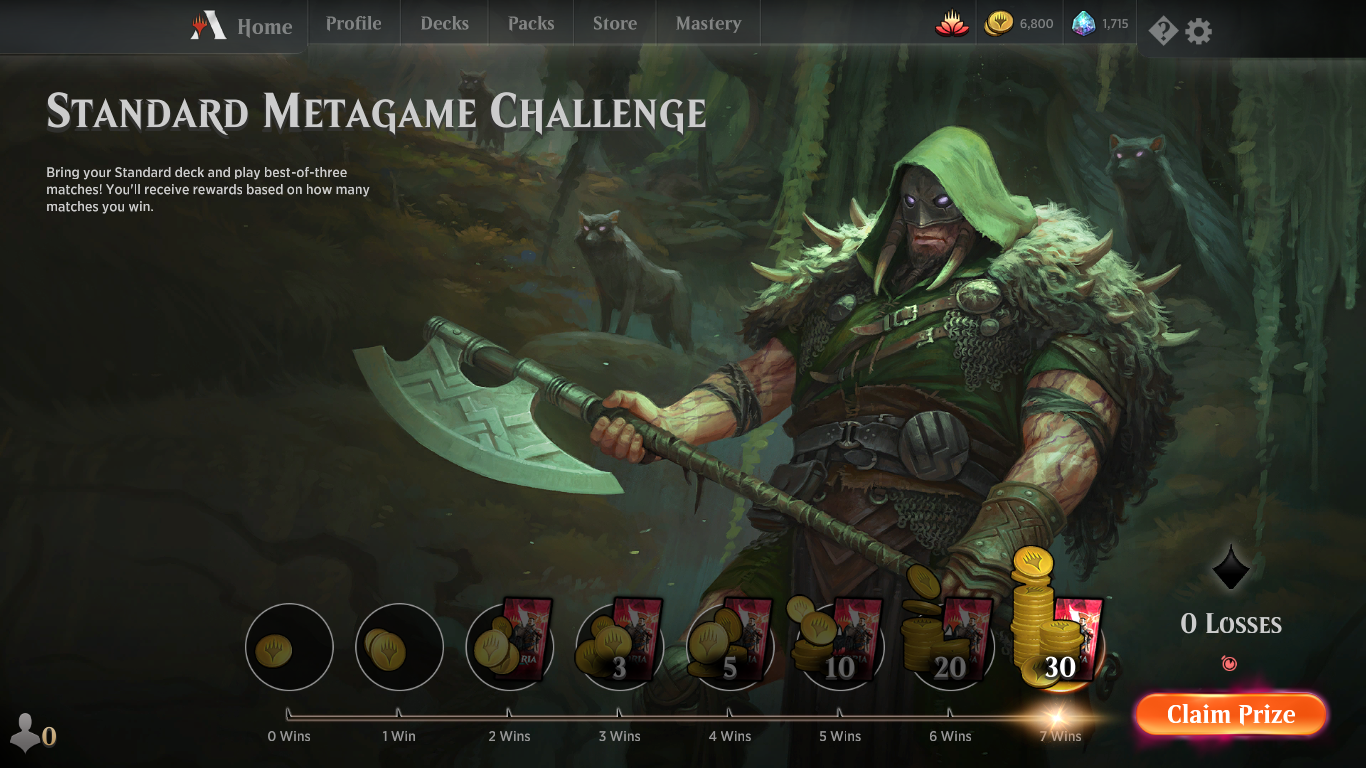 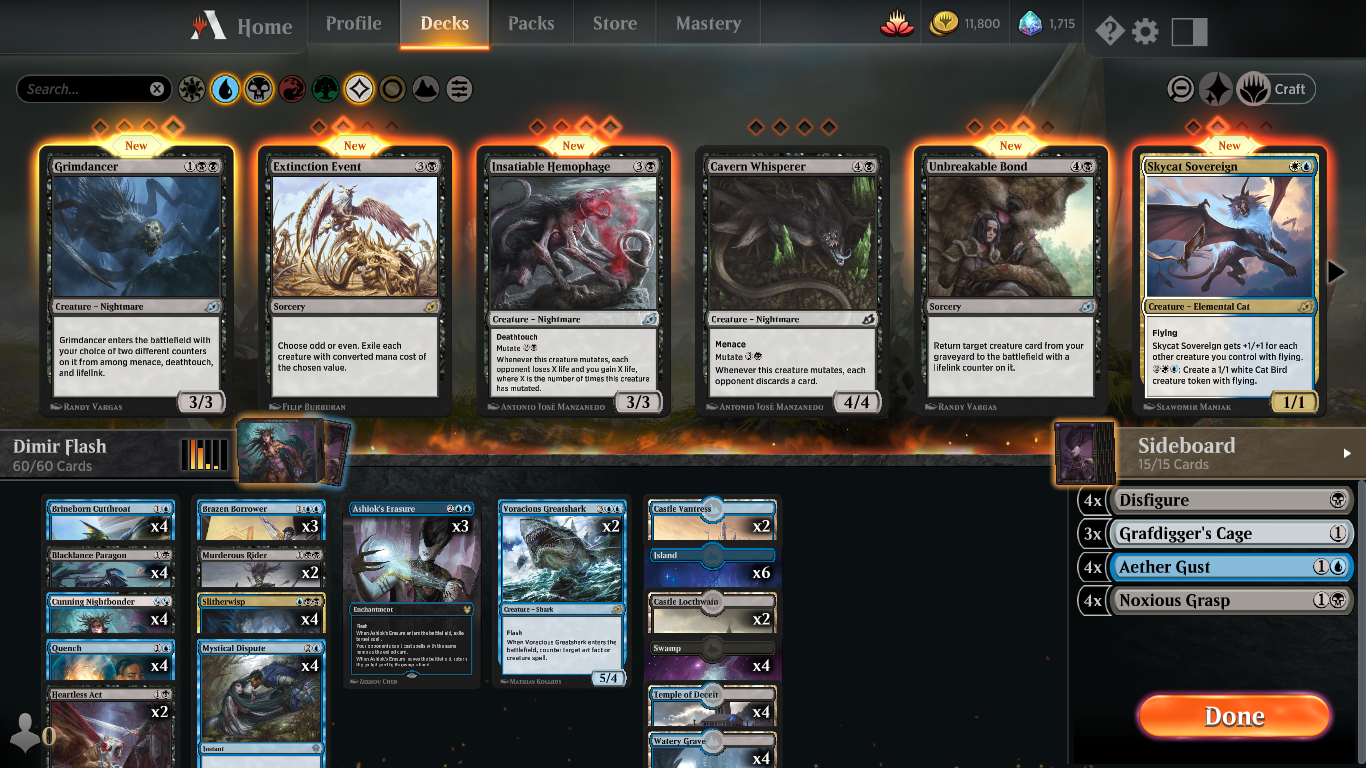