The Brothers' War is here, and with it, a deluge of sweet new strategies I’m seeing people trying out. I’ve been trying out a litany of decks myself, but I wanted to give some shout outs to the coolest creations I’ve been seeing from other players and creators!

To that end, I wanted to do my first deck highlight on a strategy that’s super close to my heart and I’ve been seeing a lot of players rocking already, Mono Red.

I love Mono Red, something about dumping your hand onto the board, dumping fire on the opponent, and watching them lose with a full hand is just so satisfying. However, Mono Red has very much struggled in the last iteration of Standard as Black was super dominant and Sheoldred, the Apocalypse is one hell of a card. So how do we go about supplanting the Phyrexian menace? I’ve seen a lot of different takes on Mono Red, but a lot of persistent elements that I was able to replicate with this list. Can kill opponents quickly? Check. Playing sweet new cards? Check. Transformational sideboard!? You better believe it. Let’s take a look at the newest breed of Mono Red! 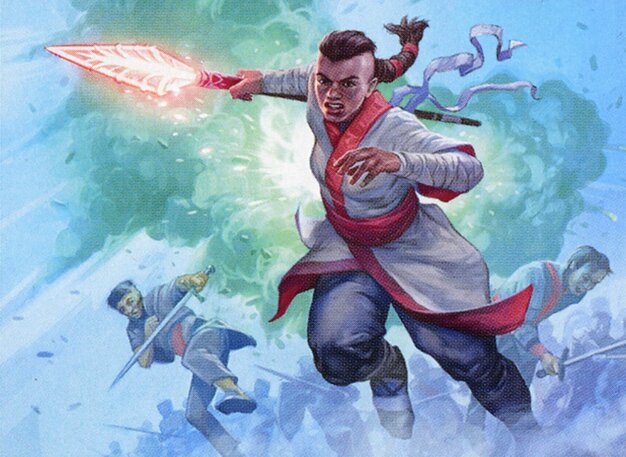 This deck does one thing game one, and one thing very well – getting the opponent dead. We have a super low curve, plenty of reach, and based on the deck name, the new Mechanized Warfare to provide some mid game power. 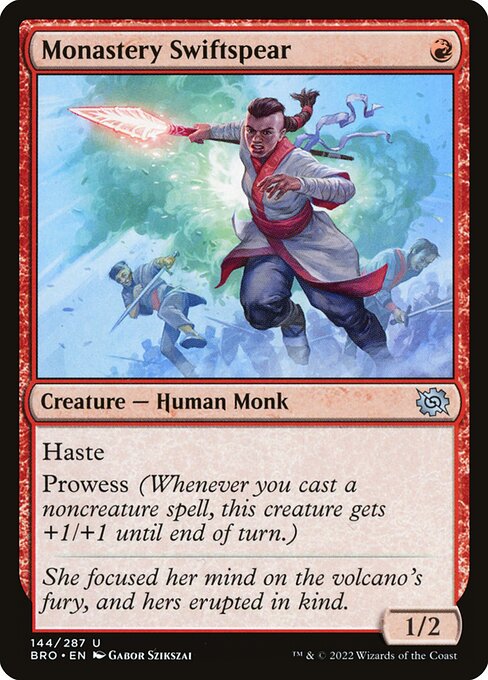 We are playing sixteen one drops to really drive home the point that we are an aggressive deck. While they all have different functions, they all culminate to quickly getting on board – the returned Monastery Swiftspear obviously being the crowned jewel of them. Considering we have 23 ways to trigger Prowess in this deck, this will be attacking almost perpetually as a 2/3, but sometimes even bigger! Extremely close in power level, Kumano Faces Kakkazan is the second stellar one drop in this deck as it just does so much for so little! A free damage, a free buff, and a 2/2 Haste is an absolute steal. To round us out, we have Phoenix Chick to peck in for some free damage while Voldaren Epicure gives us a ping and a Blood token for the price. For the final threats of the list, we have the powerful Radha's Firebrand to help force through attacks. Finally, Chandra, Dressed to Kill will provide a steady stream of card advantage and mana advantages early on that will easily snowball as the game progresses.

So this is all well and good, but how do all these small creatures help us win? 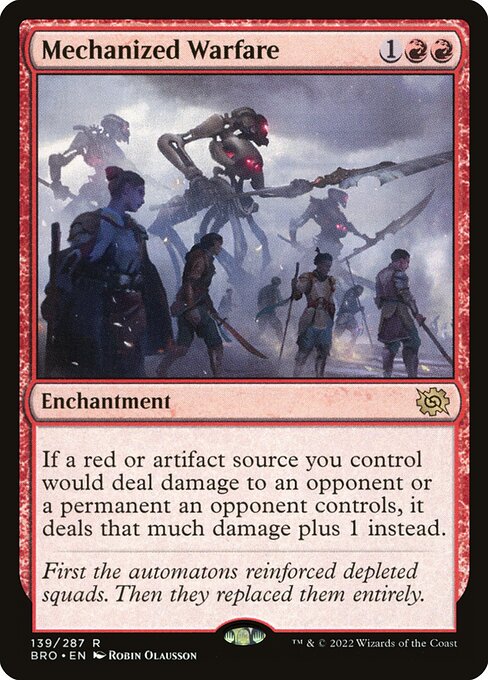 Mechanized Warfare is a cool card that acts as a miniature that’s harder to kill, so while adding just one damage doesn’t seem that impactful, it can add up extremely quickly! Since our deck focuses on going wide and finishing the game off with Burn, this can easily add 5+ damage as each instance of damage will give us an additional point. Voldaren Epicure pings for 2, Kumano Faces Kakkazan pings for 2, Play with Fire is Lightning Bolt with upside, and so on! Even Mishra's Foundry deals additional damage since it’s an artifact creature! This could be the card that Mono Red has been looking for as pushing additional damage with one big haymaker is what made Eldraine Mono Red so powerful between Embercleave and , and this is very reminiscent of it.

This deck looks powerful and sweet, but we still have the Sheoldred, the Apocalypse issue. A bunch of small creatures match up poorly against both Sheoldred and the deck in general, so how do we solve that? The sweet old transformational sideboard! 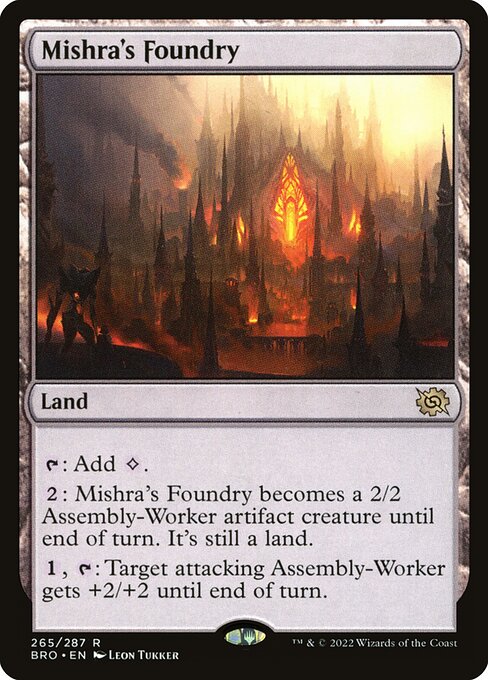 If being small doesn’t work, we just have to go bigger! To this end, we have a litany of three mana spells we’d be looking to bring in, most importantly so we can kill itself. However, just 21 lands would not cut it if we’re bringing in nine three drops (even if we would cut Mechanized Warfare in these matchups), so we sideboard two Mishra's Foundry to both make the mana more consistent and give us more tools to work with in the late game! This is one of my favorite types of strategies for Mono Red as no opponent expects your deck to fundamentally change how it works in between games, so while they were preparing for an aggressive blitz, you can play a longer and more thoughtful game while they sideboarded suboptimally!

Overall, this deck looks like it has a lot of promise, hits the notes I want for an aggressive deck, and even has the sweet transformational sideboard to help combat the metagame! With these new tools, I believe Mono Red has a strong chance to make an impact in this metagame!