Simic Flash is one of those fan favourite archetypes that a lot of people truly root for. I’ve decided to give it a go in Explorer and was not disappointed. This went through a few iterations but now I think it’s suited to compete in the metagame. It’s perfect for people who like passing the turn, toy with the timing, and turn the corner seemingly out of nowhere.

Explorer Simic Flash by Skura
by DoggertQBones
Buy on TCGplayer $273.17
Explorer
best of 3 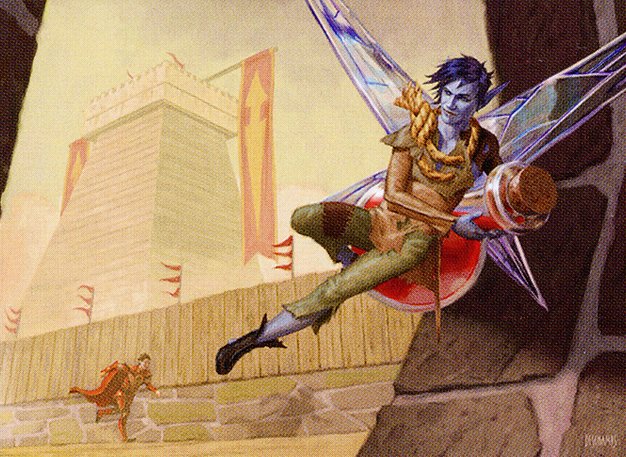 It’s a highly flexible, adaptable interactive shell. The majority of spells aim to somehow interact and finish the opponent off in later stages of the game.

I’ll start off by outlining the treatment I gave the deck to make it competitive. I’ve noticed that people overload on expensive spells when playing the shell. I’ve seen lists with 4 Nightpack Ambusher, 4 Memory Deluge, 4 Rewind, 2-4 Frilled Mystic, and 4 Nissa, Who Shakes the World.

It’s a lot of top end, and in practice, you’ll be dead before you can deploy it all. That’s why I shaved a bit of that top end to accommodate more cheap spells. That spell of choice is Fading Hope. Not only is that a huge change in the mana value as I swapped 4 drops for 1 drops, but it’s also an interaction piece. This deck had a rough time playing from behind and it got behind way too often on the draw. Fading Hope fixes the issue very nicely and provides early Scry to make sure we hit our land drops.

Later in the game, this lost card advantage is recouped with Memory Deluge or just more powerful spells all around like Nissa, Who Shakes the World or Nightpack Ambusher. Divide by Zero affects both permanents in play and spells on the stack. This can also cycle through unwanted cards or expensive top end in a pinch, or more typically, grab one of the sideboard Lesson cards. 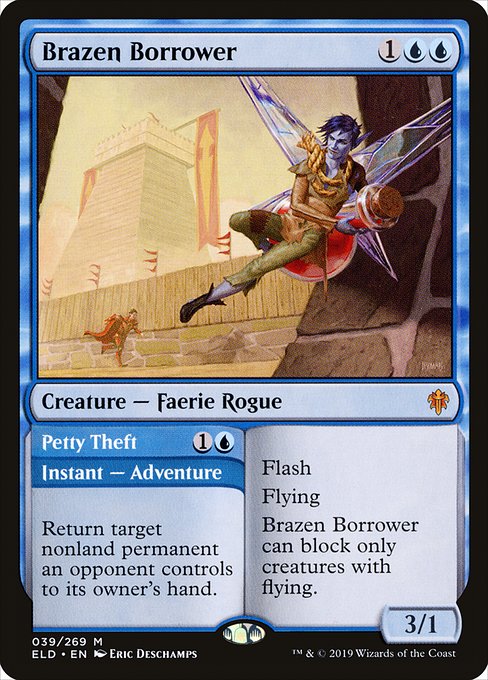 Brazen Borrower is one of the strongest cards in the entire deck thanks to its dual nature. It’s another piece of interaction and a flash threat on the backside, that can get some chip damage in or pressure planeswalkers.

All in all, Petty Theft, Fading Hope, and Divide by Zero make a very flexible tempo interaction package.

We’re also adept at fighting on the stack. Unfortunately, Explorer does not have access to Mana Leak (wishful thinking), but we play, in my opinion, the current best two-mana counterspell in Make Disappear. Most of the time, it will make a Quench impression, but sometimes we will take advantage of casualty. Jwari Disruption also comes in handy. I can imagine builds with Censor in its place as well – or a split. My golden rule is – if you are not sure whether to play it as a land, play it as a land. The deck is very mana hungry. Rewind is the best way to bury the opponent. A popular play pattern is Rewinding their 3+ drop, untap all the lands, play Memory Deluge or Nightpack Ambusher and untap. Spending 8 mana on the fourth turn is a huge tempo swing. Frilled Mystic is another piece of countermagic paired up with a body. It works exceptionally well with the aforementioned Rewind which also allows us to double-spell and put a body into play to potentially pressure their planeswalker or life total directly. Growth Spiral allows us to jump from turn two to turn four which is so key for this deck when you look at the curve. Memory Deluge is our card advantage engine of choice. It can dig for more interaction or chain multiple Deluges. Now that we know how we interact and generate card advantage, we need to establish how we actually close out the game. Enter Nightpack Ambusher. A 4/4 creature is surprisingly difficult to remove so, when played end step, it will most likely survive. At this point, you just keep passing the turn and producing a 2/2 wolf every turn.

The clock really does increase exponentially, especially that the Ambusher buffs all the other wolves. One of the best ways to deal with it is some kind of mass removal spell, but it walks right into our flurry of counterspells. Hall of Storm Giants is played as a three-of as the clean Simic mana base allows it. A 7/7 creature is a threat to be reckoned with and ends games fast, especially in tandem with other threats. End step flash in Ambusher or Borrower, untap, attack with the creature and Hall is a huge burst of damage seemingly out of nowhere. Our curve is topped by Nissa, Who Shakes the World. She produces threats turn after turn, generates a lot of mana which can be spent eg on flashback Memory Deluge, and allows us to cast multiple spells per turn. She’s also a way to diversify our threats as now we have a token maker, a land, and a planeswalker.

We are the control deck here. With multiple pieces of interaction, we want to stop them in their tracks. Predictably, Elder Gargaroth is the end game we are playing towards. Nightpack Ambusher blocks very well so I try to use it to ambush opposing creatures in combat.

I side in Aether Gust as it both helps on the stack and on the battlefield, and Elder Gargaroth which is game over if backed up by countermagic. I trim on the expensive spells to lower the curve.

We’re once again the control deck. I’d say the matchup is pretty good. It’s very tough for them to use Greasefang through so much permission and very cheap bounce effects. We can let it resolve and still in the first main phase bounce it with Fading Hope (or wait until the trigger is on the stack to get Parhelion II out of the graveyard as well).

As they don’t play countermagic and take a bit of time to re-setup, we can get them with Rewind pretty easily and this is the best opening to pull ahead. Playing fully instant speed should be enough.

We play aggressive tempo here. We need to take advantage of the fact that they have to play their payoffs sorcery speed. We can slam threats and Memory Deluge end step or on their upkeep and make it very difficult to react to everything we do. We’ve got full control over the timing of spells. The match will come down to the navigation of both players – you have to play it very sharp.

I cut Fading Hope as removal won’t be good and if they produce a Shark token we can always bounce it with Brazen Borrower. Since they play countermagic themselves and will most likely side in their Mystical Dispute and Dovin’s Veto, we don’t want to rely on a 4-mana counterspell.

We need to stump their early development. Thanks to the many bounce spells, it’s going to be tough for them to get Curious Obsession going. Once resolved, Nightpack Ambusher is very tough to get rid of. Since they have a cheap and aggressive game plan, I side out the expensive spells which can be punished heavily by opponent’s well-timed Spell Pierce.

Remember that they will probably side in Mystical Dispute which does not hit Nightpack Ambusher for the discounted cost.

This is a very good matchup. They are both non-interactive and play expensive stuff main phase which is the exact opposite of what they need to beat us. We call fully exploit it by punishing them with our counterspells – especially Rewind.

Remember that they will probably side in Mystical Dispute which does not hit Nightpack Ambusher for the discounted cost.

If you want to land Nissa, Who Shakes the World, make sure you’ve got enough mana leftover to still hold up countermagic.