Magic: The Gathering Arena has been around for quite a few years now, and one of the biggest things that comes into discussion with the client is the “economy” – which is to say many will be quick to say that it is impossible to be free-to-play (F2P) on the client while having a reasonable collection.

I’m not here to entirely deny this, but I am here to provide some tips on how to approach MTG Arena with a budget mindset, minimize your time spent not playing how you want to play – and maximize your ability to enjoy Magic: The Gathering while playing in its digital client.

One of the first major hurdles is maximizing your quests – to start, there are three kinds:

These can be a large variety of different tasks “Cast 20/30 green or white spells” to “Play 40 lands” to “Kill 15 of your opponent’s creatures” and depending on your personal playstyle these may be a challenge, but the reward is more than worth it. You unlock a new Daily Quest every single day and it will either reward you 750 Gold + 500 XP or 500 Gold + 500 XP – you can have up to maximum 3 quests at a time, so make sure to not let them pile up.

On top of this, once a day you can reroll a challenge you have unlocked either that day or the day before, to get a new challenge. To maximize your profits on the client make sure to always reroll 500 Gold quests as it can potentially become a 750 Gold challenge, and that’s more Gold in your pockets for no cost.

Note: You do not have to *win* to collect these rewards, just meet the requirements. So if your favorite deck is Blue White and you’re stuck on a Cast 30 Red Spells quest, just toss every single cheap red spell you have into a deck, go into the Play queue (any variety), and get it done.

Furthermore, unlike Daily Wins and Weekly Wins you can complete these while playing via the Direct Challenge game function with friends, so if you and a buddy both are stuck on a challenge maybe you two can help each other out!

These are as they say on the tin: For each win you get every day up to 15 wins total, you will get bonus reward with diminishing returns. The main thing to keep in mind is that you will alternate between Gold and Individual Card Rewards both paired with 25 XP each, and Individual Card Rewards are a grab bag and not wholly worth relying on when it comes to planning on a budget, but they can be any card you don’t own in theory – so you may just chance into a card you had been wanting or another copy of a key card for a deck. Nevertheless when it comes to these, the biggest ones are that 1 win each day gives you 250 gold and a 2nd to 4th win will also give you a nice extra 100 gold.

Much like Daily Wins these are rather self explanatory – however these are even simpler. They reset weekly, on the beginning of each Sunday – and each win Up to 15 gives you an additional 250 XP. We haven’t gotten to talk about what XP actually does yet, so I’ll use this as an opportunity to: If you are not putting money into Arena and don’t care for cosmetics, what you need to know is that every 2000 XP or 2 Levels is an additional pack up to Level 66 (this data is based on The Brothers’ War Mastery Pass), at which point it will have nothing else to offer you.

Do keep in mind however that if you are willing to save gems and not spend them into drafts or if you are just good at Drafting or get a good deck together for your constructed format of choice that you can just spend the gems you get naturally on the Mastery, and it can be worth your while if you’ve already completed the pass just by playing.

We know about the Quests, so now what? How can we get ourselves kickstarted on the client? That comes with Jumpstart, or more particularly, Jump In! an always active event on MTG Arena. Now, if you aren’t a limited player this may not be the best fit for you – but in all honesty – try It.

Even if it isn’t entirely your pace Jump In! is singlehandedly one of the best input to output ratios for building your collection and getting into Standard especially quite quickly – and if my word isn’t enough, every account gets one free Jump In! entry after completing its tutorial stages as a way to give you a chance to try it out. Otherwise it costs a pittance of 1,000 gold which as we’ve discussed above you can potentially get out of just one game.

For those that may not know Jumpstart and Jump In! Is a limited set designed around multiple 20 card packs with related themes, currently some might be Urzas or Soldiers and previously you might have stuff like Vampires or Dragons, and you will pick two packs and shuffle them together to then play them in the queue.

Importantly that means for the price of 1 pack in the store you can instead get two seeded packs with two rares or mythics, as well as a place with an even playing field. This I find even more relevant then the other part, because even after you get the one win for the one Individual Card Reward – you can keep playing in this queue and get your daily and weekly wins here, since it is an even field it means you won’t be hindered by having a less fleshed out deck due to your collection.

The major one is diminishing returns, it isn’t duplicate protected and what you get is random. So if you run into a lot of the same packs you might not be able to get new cards. The other one mostly depends on your personal feelings on the matter, but the Jump In! card pool is based on Alchemy, so you will have packs that have alchemy cards in them and run into alchemy cards from time to time.

Building on a Budget

This is where things can be a bit tricky, depending on your tastes you might have a harder time actually being able to do this – and that’s fine. When it comes to building on a budget you need to pick your spots as much as you can, which rares do you actually need for your deck to function, what is replaceable, etc. When pulling a list from online one could look at The 36 Rare Standard Soldiers list, and feel a bit intimidated, and while the deck would be better with these in it – you can make a workable version for little to no rares or mythics as possible.

Here is an Azorius Soldiers decklist with no Rares or Mythics beyond what you get for free with the Starter Decks: 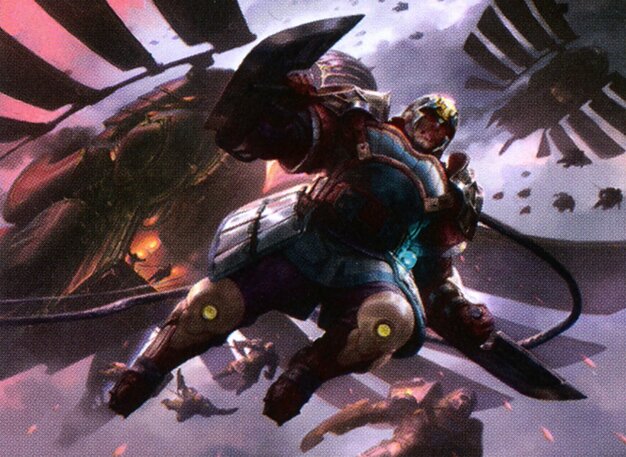 And from here you can start to weigh your wins and losses, if you’re losing because your mana is too slow then start building your mana base – starting with crafting Fortified Beachhead in this example (or Deserted Beach and Adarkar Wastes if you are not a soldiers fan but are a fan of blue white), and if you are losing because your creatures are too slow, then we can instead focus on adding some of the stronger creatures the list is missing, my personal recommendations would be focusing on adding the Brutal Cathars and Valiant Veterans first and foremost.

For more budget deck ideas, check out our evergreen guide:

Now – this may feel like an odd topic, but this serves as a reminder that you should redeem all of the Free Codes available on the client, these are just Free Rewards including 3 packs each for most of them and that can line your account very quickly.

Also make sure to check that page every once and a while as when there are major issues that require patches or something to be fixed the arena team will often hand out around a levels worth of experience, and even if that just means half a pack for you, that is still worth your time.