Hey everyone! This is second installment in the Under The Meta series where I break down a deck that I’ve been working on recently that is strong and has a lot of potential but isn’t quite tier 1, going over the strengths, weaknesses, and how it could potentially be improved going forwards.

In this episode I’m covering Temur Phoenix in Historic splashing green for Perilous Iteration and Cindervines. The video has a full breakdown of the deck with it’s strengths and weaknesses, and some gameplay if you’re interested in seeing the deck in action. 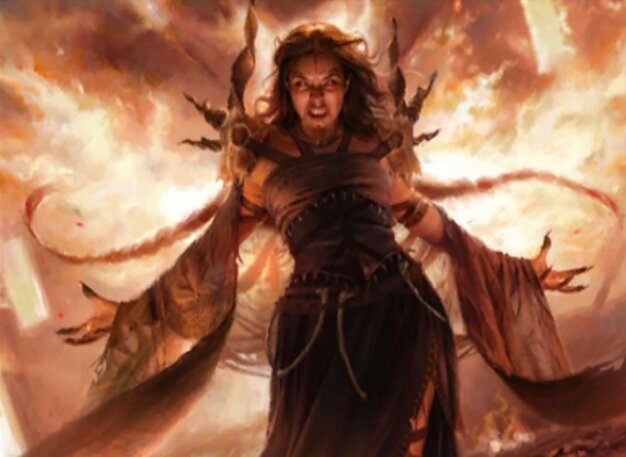 I think Phoenix is a relatively well positioned deck right now, and is generally a better choice for a spellslinger deck over Wizards if the format is more interactive because of the recursive nature of Arclight Phoenix, and because the deck is generally better at grinding into longer games.

The main innovation in this particular list is Perilous Iteration, which is guaranteed to tutor Arclight Phoenix since it’s the only card in the deck that costs more than 2 mana. 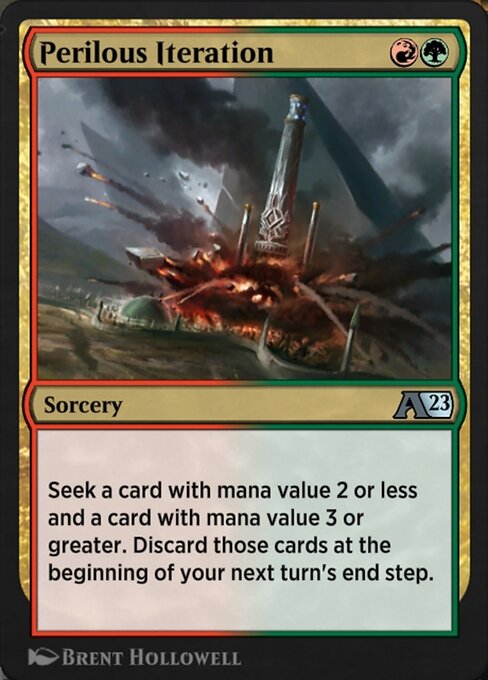 This is really strong because it allows us to set up a turn where we can discard it to one of our outlets and bring it back from the graveyard immediately. Even if we don’t have a discard outlet for the Arclight Phoenix, it will automatically be discarded by the Perilous Iteration at the end of the next turn anyway, allowing us to bring it back later in the game. On top of that, we also get to seek a card with mana value 2 or less so you’re essentially guaranteeing an Arclight Phoenix into the yard, and getting another card off it which is sick value! The green splash also allows us to run Cindervines in the sideboard which is great against control, and gives us an out to Rest in Peace which was a really hard card to beat in regular Izzet Phoenix. On top of that it’s also a solid card against the Goblin Trapfinder combo decks since it will deal chip damage, and be able to kill Ashnod's Altar at instant speed to prevent the opponent from comboing (which is a lot safer than holding up Abrade since they can hit that with discard spells to clear the way for the combo).

The main weaknesses of the deck lie in the manabase, and the lower number of creatures.

To consistently have green mana on turn 2, and consistently have the right mana to be able to cast 3 cheap instants or sorceries across 3 different colors, you need to be running a lot of ‘proper’ dual lands (pathways don’t cut it in this list since cutting yourself off one color can come back to bite you later in the game) which requires us to run 4 Mana Confluence and 8 fastlands. Running 4 Mana Confluence and 8 shocklands means the manabase is pretty painful which can be an issue against aggro decks or decks with good reach, and having to run 8 fastlands can cause problems in the mid-lategame where you need an untapped land to cast the third spell for Arclight Phoenix and the fastlands can cut you off that sometimes. I’m not sure there’s really a good solution to this issue with the lands we have available in Historic but the manabase still works overall even if it is a little awkward sometimes – the bigger issue is not having many creatures.

Because we’re running 4 Perilous Iteration and 4 Expressive Iteration, we also need to be running a high number of 1 instants and sorceries to consistently enable Arclight Phoenix to come back from the graveyard on turn 3, or turn 4 if we lead on one of the Iterations. This means that we don’t have much room for additional creatures which is an issue, especially if the opponent has graveyard hate to shut off Arclight Phoenix. I would ideally like to be running 2/3 more creatures (probably Sprite Dragon) but the only ways to make room are to cut 1 mana spells (which greatly reduce the consistency of being able to bring back Arclight Phoenix in the first few turns), cutting Perilous Iteration or Expressive Iteration (we’re making the mana a fair bit worse to enable Perilous Iteration so I feel you need to be running 4, and Expressive Iteration is one of the best cards in the archetype so running less than 4 feels wrong), or cutting lands (which isn’t advisable since it will lead to missing land drops more often, and would either mean cutting a basic which makes you very vulnerable to Field of Ruin and Assassin's Trophy, or cutting a dual land which means you won’t have enough green sources) so I’m not 100% sure what the right solution is here.

Having said that, the deck has performed really well so far, and if the numbers in the deck could be tweaked to fix some of these issues then I could definitely see this being a tier 1 contender in future. Definitely consider checking the video if you want a more in-depth breakdown or you want to see the deck in action, and I’ll catch you in the next one!

Alth is an MTG Arena grinder who has been #1 on the ladder multiple times and is always looking to bring new ideas and archetypes to the format and push them to the top spots on the ladder. You can follow him on Twitter and YouTube.

Pioneer Deck Difficulty Ratings: Which Pioneer Decks Are the Hardest to Play?

Situational Awareness: How to Play Around Things