Magic: The Gathering‘s 30th Anniversary celebration is fast approaching, with the Magic 30 Festival in Las Vegas, USA beginning on Friday, October 28. Wizards of the Coast also announced a couple of product releases to commemorate the game’s 3rd decade in print.

We’ve known about the 30th Anniversary Edition special reprint set for a while-you can check out our coverage of this controversial product below. Meanwhile, Magic‘s Secret Lair website has just been updated with the full card list for their special 30th Anniversary Countdown drop.

This drop-their biggest and most extravagant so far-contains a whopping 30 cards, one from each year of Magic’s existence. Each card features a unique style or treatment, with artwork from artists who have worked on previous Secret Lairs.

The 30th Anniversary Countdown Kit will go on sale on November 1 and sells for $149.99. In contrast to previous drops, you don’t get to choose between foil and nonfoil printings. Instead, each of the 30 cards you open gets a 30% chance to come in foil.

Now that we know which cards from Magic’s storied history feature in this drop, Here is the complete gallery for this special Secret Lair.

Looking at the first eight cards Wizards of the Coast has chosen to feature in this drop, it’s clear that they’ve gone for a mix of nostalgia, power, and even value. Cards like Necropotence and Tradewind Rider were huge parts of Magic‘s competitive scene in the 1990s. Lin Sivvi, Defiant Hero was so dominant in its Block Constructed format because of her interactions with other Rebel cards that she was banned!

Necropotence is also a home run addition to the drop given its $40 price tag. And while it’s not going to make waves in any contemporary format, Shivan Dragon is an iconic Magic card from Alpha, so it certainly warrants a place in a special drop like this.

The next batch of cards boasts more sweet reprints, including an old-border Chrome Mox. Many Magic players, including myself, enjoy playing cards with old frames, and this beautiful edition with art from the legendary Dan Frazier will surely adorn Legacy Mono Red Prison decks, among others. I’m also in love with the psychedelic Ponder printing and will almost certainly be looking to pick up a set of Lightning Helix for my Pioneer Burn decks.

I started playing Magic competitively in 2011, so this last batch of cards gets me the most nostalgic about my history with the game. I think Wizards did an excellent job picking out iconic cards for these years, as each one (possibly with the exception of Nashi, but hey, they’re new) has seen a ton of play in the formats I’ve enjoyed over the past decade.

A lot of these cards continue to see play in formats like Modern and Pioneer, so I can imagine this drop being highly sought after by collectors and avid competitive players alike. 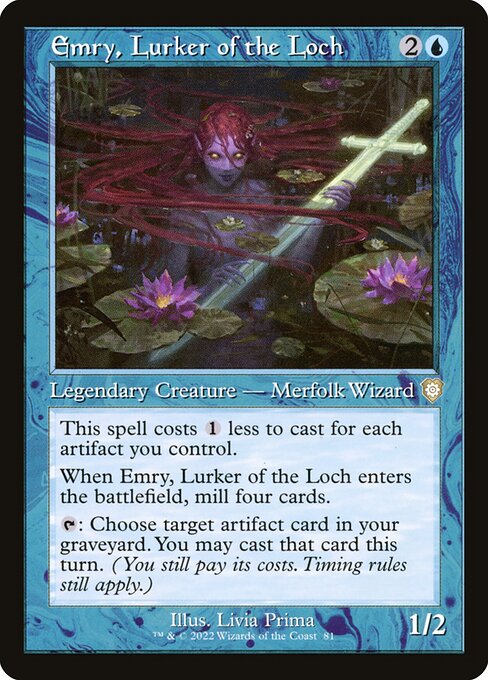 Magic‘s publishers have given us several ways to commemorate the game’s 30th anniversary. If you can’t attend the Festival in Las Vegas and don’t want to dip your toes into a highly speculative product like the 30th Anniversary Edition boosters, this special Secret Lair seems like a cool way to take part in the festivities.