Hey everyone! Now that we’ve finally gotten past the first stage (when it comes to Jump In!, the less said, the better) we can move on to the next limited step of the Arena Decathlon. That’s right, it’s time to dive even deeper down the rabbit hole to a sealed combination of OG Dominaria, Dominaria United, and The Brothers’ War. I presume you were all expecting that just as much as I was.

While it makes sense thematically, these sets were not designed to be played with each other so it’s going to get… Interesting. It’s also a format that only exists for a few days so there aren’t going to be many resources available for it. Data is going to be especially unreliable due to the time frame so we’re going to have to splice together everything we already know about each individual format to form a cohesive plan.

I’m going to be going over how you should approach building your sealed deck as well as some of the key ideas you should be considering both during building and while playing. This should give you a good enough base to take home the trophy.

To get the normal basic stuff out of the way, it is a Best of One Phantom event (you don’t get to keep the cards) with a 2000 gold entry fee. You have to get to seven wins to get that sweet, sweet token as well as 4000 gold. Anything below that and you’re looking at an uninspiring number of random packs so let’s focus on crushing our way through to max wins. 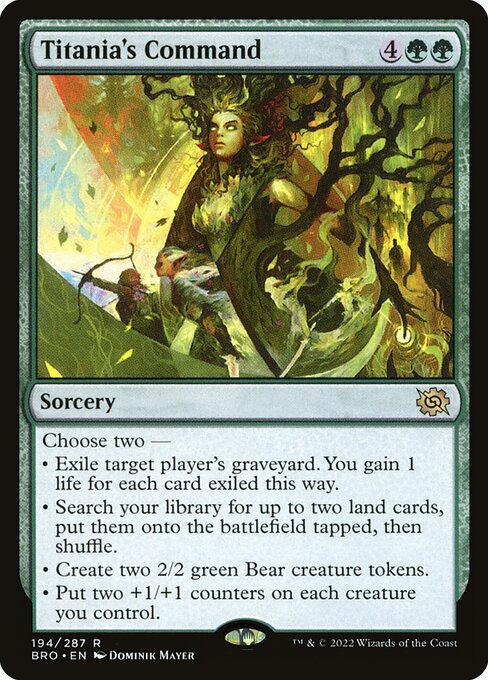 The first thing to do is to hunt through and take note of all of your power cards. We’re not just talking rares here. Make sure you check for any mythic uncommons as well as your Retro Artifact spots. It’s important to know what your biggest haymakers are so you at least have a basic blue print of what you’re going to try to get into your deck. A good way to look at it is what you desire the end product to be before you start breaking it down to what you can realistically pull off. Kind of the Magic version of asking Santa for a million dollars.

Now you want to break down each color into the cards that you actually want to be playing. This will prevent you from thinking a color is deep when it just has a large quantity of subpar cards. There are cards like Scrapwork Cohort and Scrapwork Mutt that are going to go into pretty much every deck so use them as less of a draw into their color and more of a bonus if you get to unearth them.

The next thing is to check out your mana fixing. In this case you want to be looking for Skittering Surveyor from DOM, multicolor lands from DMU, and Evolving Wilds from BRO. Energy Refractor and some of the retro artifacts like Chromatic Star are some of the other quality hits from BRO.

There are also decent green fixers in every set if you want to use it as your base color. Good mana is really going to determine what you can actually play in your deck. If everything hits right, you might be able to just jam every busted thing in your pool. Be realistic about it though.

Now try different color combinations and builds looking to find the most consistently powerful deck. When you get there, ask yourself if that is going to line up well against other decks that are trying to do the same thing. Normally I would be telling you to see if you can build a low to the ground aggro deck instead, but that’s going to rarely be the right option here. If you find the consistent deck lacking, you can take a chance on a higher variance pile to try to spike the event.

All that’s left is to just build your mana base without getting too crazy. I know we are all used to playing 15-16 land in BRO, but this is sealed where that set is only part of the equation. In the vast majority of cases, you should be sticking with 17 lands. 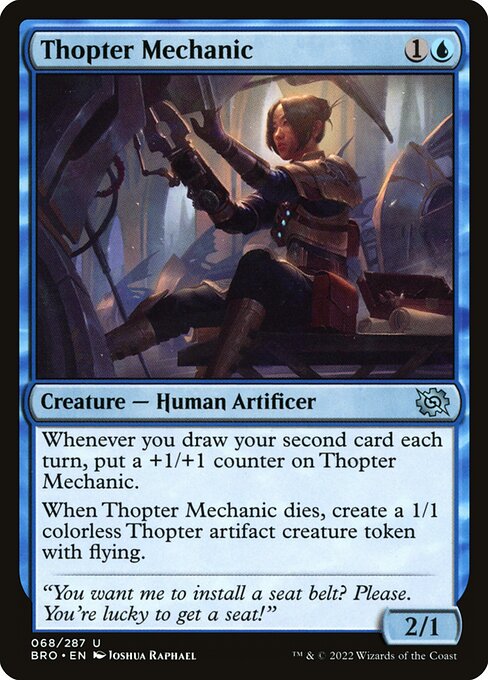 It’s going to be a lot harder to build a synergistic deck when the cards are spread out across three sets that weren’t ever planned to be played together. A great example is that Wingmantle Chaplain was hard enough to get to work in sealed, but now you only have Coastal Bulwark and Amaranthine Wall in four of the packs. (Before you message me with the “actually…” and I know you are just waiting to do so, I am aware of Surge Engine which is mythic and will most likely lose defender quickly. I am also aware that you can Deep Freeze your own creature to give it defender. But really?!?)  Instead focus on finding small pockets of synergy to up your chances.

Another great example is powerstones which don’t perform as well with the previous sets. Sure, there are a decent number of artifacts floating around, but not nearly as many abilities worth using them on. Think about how disappointing Karn, Living Legacy was in DMU and extrapolate that across two thirds of the cards in your pool. Still decent, just not as valuable as they are in BRO.

Identify which abilities translate well across the other sets and adjust your ratings accordingly. The draw your second card a turn ability from BRO is pretty easy to trigger since card draw is a universal constant across sets. Vohar, Vodalian Desecrator is a great card on its own, but it gets silly when it’s casually adding a +1+1 counter to Thopter Mechanic every turn.

While the DOM offerings on soldiers are miniscule (they prefer the knight life), there are enough in DMU that you can still squeeze some value out of your soldier synergies from BRO.

I’m predicting that the speed of the format is on average going to be medium to slow. While each of these sets has an efficient aggro deck, they really don’t line up with each other well enough to consistently be opened here. That’s not to say they won’t exist, just that you are far more likely to run into a multi color amalgamation of power cards instead. While removal is obviously going to be important, counterspells are another great way to answer problem spells. With everyone chucking around power cards, having a cheap clean answer to them is going to go a long way.

Playing around tricks is going to be a lot more difficult when you have to keep three different sets in mind. While you can lump a lot of things like Run Amok and Giant Growth into generic combat tricks, it’s a lot more important to remember things like Shore Up and Take Up the Shield that can lead to gigantic blow outs.

You are probably thinking that a lower power set like DOM is going to play bad with two more modern limited sets. The key is to realize which cards are still good and which ones improve. Something like Soul Salvage is going to play a lot better with higher power cards to get back. The same logic applies with a card like In Bolas's Clutches when it steals a more powerful card.

On the other hand, the power of Divination is going to go down a bit when a strictly better card like Phyrexian Espionage is floating around.

Loran, Disciple of History and Hajar, Loyal Bodyguard are some BRO cards that care about other legendary creatures which ends up playing almost as flavor text in normal BRO drafts. Adding two sets chock full of legends gives you plenty of ways to actually make use of that text.

In case you were doubting it, Icy Manipulator is still good. It should be an auto include.

Playing artifact removal gets a bit sketchier without as many juicy targets floating around. You can still play one if your other interaction is lacking because there is no opportunity to bring it in otherwise since this event is only Bo1.

The relatively cheap entry cost could lead towards some people playing the reroll game until they get insane decks. Just an unfortunate side effect of it only costing 2000 gold to take another spin on the sealed slot machine. I won’t judge if you choose to do this.

Now that we’ve gone over all that, it’s just up to you to pilot your busted pool to victory. May the odds be ever in your favor (is that a boomer reference now? Great, now I’m too old to know if I’m old…)! I’ll be back later in the week with more coverage of the Decathlon as well as other limited hijinks. Stay classy people!

Phyrexia: All Will Be One Limited Set Review: Green

Phyrexia: All Will Be One Limited Set Review: Red

Phyrexia: All Will Be One Limited Set Review: Black

Phyrexia: All Will Be One Limited Set Review: Blue

Phyrexia: All Will Be One Limited Set Review: White

The Draft Lab Podcast Episode 73: Phyrexia: All Will Be One Mechanics

The Draft Lab Podcast Episode 72: Returning to Kaldheim with BeersSC