This week’s Midweek Magic is Slow Start Alchemy! This is the Alchemy format we’re all acquainted with, but with a twist: The first land each player plays will always be tapped!

Please note, starting with Innistrad: Crimson Vow, the Midweek Magic promotion given out by your local game store has now phased out, and now replaced with an additional reward on the third win.

Check out all 10 of our Slow Start Alchemy decks, find what you like, and grab those wins you need! You can find the complete list at the end, including more from the community and in our deck database. Even if we’re going slower, it’s hard to go wrong with one of Alchemy’s best decks! Esper Clerics only had one 1 drop anyway so most games aren’t going to play out much differently than normal Alchemy. Dragons is another nice option for those looking to beat up on the slow decks. With no 1 drop they were interested in proactively playing, this loses out on nothing and gains a nice meta to run rampant in. 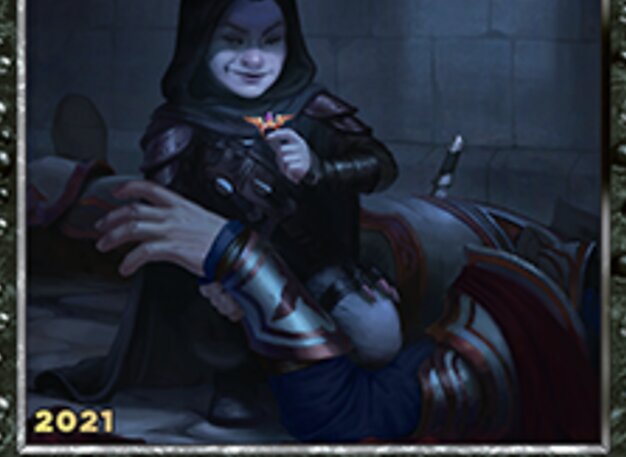 Orzhov does a great job of splitting the difference in beating both aggro and control decks. If you like the play patterns of Brushstroke decks or are unsure of what you’re going to face, this is a great option. Rakdos is quickly becoming one of the favorites in Alchemy and it’s easy to see why. The deck has a great blend of aggression and interaction which makes it strong in nearly any matchup! Moving on to my personal favorite Alchemy deck! Esper Lier is usually designed to beat up on creature decks specifically, but it can definitely be tuned for a more open metagame!

As I said in the beginning, slow start begets slow decks and Izzet is one of those slow decks. Izzet is really good at grinding out other decks so with a focus on surviving and being strong in blue mirrors, this seems like a great option. If you want to go even slower in the Control department, you have Azorius to shore you up. With plenty of interaction and 3 Hullbreaker Horror, other Blue decks are not going to be happy to run into you.

If we want to abuse the slower metagame, why not go for a ramp deck? Ramp excels when it isn’t beaten down early so this may be the perfect time for it to shine! Izzet Mill loves nothing more than a protracted game and it’s very likely that’s what slow start will give us! Nearly unbeatable against the Blue decks, this is a fantastic meta cal that’s still very reasonable against the aggro decks.